The Spitballer is a completely immobile enemy and is spawned via level creation, meaning that the only Spitballers seen in a level are those which can be discovered, no more will spawn in once they are killed. They will always spawn rooted to the floor and are surrounded by "Infector Bulbs", purely cosmetic lumps of an organic material similar in color to the Infector itself. It starts out in a "sleeping" state, curled up in a ball. When approached or shot at, the Spitballer will unfurl itself into its base height - in this state is it easily amongst the biggest creatures in the game. Once a Spitballer wakes up it will not go back to sleep and must be killed.

Its only attack is to fire acidic globs. It telegraphs this attack by swelling up for a second and then spewing the glob at the nearest Dwarf target. These globs have unlimited range, as does the Spitballer's capacity for aiming them. They can travel quite fast through the air and can deal quite a lot of damage if they are able to land a direct hit, both qualities which are improved on higher Hazard Levels. When a Spitballer swells up it conceals its weakspots slightly by sucking them inwards, making them harder to hit. The Spitballer will continue to fire these acid globs for as long as it lives, and has a visible target. Thankfully the globs can be shot down with weapons fire, but considering how fast they travel this strategy loses effectiveness the closer one gets to a Spitballer.

As it is immobile the Spitballer is quite an easy target, but it has a generous 800 base Health to keep it going. It is also completely immune to Stuns. Its bulbs count as weakspots and take double damage from all sources, so targeting them as often as possible is strongly recommended. Furthermore, it takes an increased %100 damage from fire attacks (hinting to its nature as a plant).

The Spitballer's only attack is to spit globs of acid at players. These globs of acid travel quickly and do heavy damage, especially on higher Hazard levels, but are also highly visible, telegraphed and can be destroyed mid-flight. Hence, getting close to a Spitballer is ill-advised as this will make it harder to both dodge or destroy the projectiles before impact. 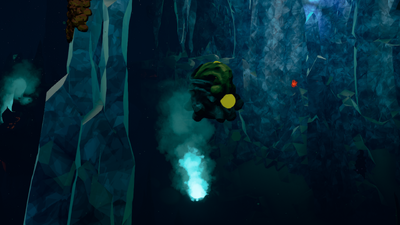