Described by the Miner's Manual as a mutation of the original Bulk Detonator, the Crassus is very similar in appearance and behavior. The biggest and most obvious difference is its whole body being covered in a layer of Gold - this gold serves as a type of armor which reduces damage and cannot be broken.

The Crassus will also explode violently in the same manner as the Bulk Detonator does, but with a key difference. The 10 meter crater it leaves behind will be coated in a layer of solid Gold, which can be mined and deposited. The amount of Gold created depends on how much space is caught within the radius of the blast - catching the Bulk within a narrow tunnel will result in a larger amounts of Gold. If the Crassus Detonator dies while it is frozen, its death explosion will not produce a crater of gold.

Asides from these differences, the Crassus Detonator behaves in the exact same way as a regular Bulk Detonator does, so any strategies that work for the Bulk can also tame a Crassus quite effectively.

The Glyphid Crassus Detonator possess 3 Bulbs, unlike regular weakpoints, they are breakable.
The Bulbs have a base health of 300 that scale with Hazard Level.

When it comes to dealing damage to break the weakpoints weakpoint damage don’t apply.
Any Area Damage can damage and potentially break them, which can be detrimental since they don’t benefit from weakpoint damage.
The CRSPR Flamethrower and the Cryo Cannon can’t damage breakable weakpoints. 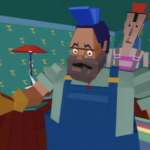