The Drilldozer (also known as the Dozer for short, and affectionately nicknamed "Doretta"or "Dotty" by the Dwarves) is a large, automated mining vehicle deployed to certain sites on Hoxxes. It is only found in the Escort Duty mission type.

The Dozer is predominantly yellow in color and features two engines mounted on its side and a gigantic rotary drill on the front, as well as a robot head on the top, between the drill and the main body. It has two externally mounted fuel tanks which can be extracted and used to siphon fuel from the environment. It crawls along the ground using heavy treads but is also equipped with a rocket thruster for temporary aerial mobility. It can vocalize via high-pitched robotic warbling.

Unlike other similar mission-critical objects, the Drilldozer does not have a mobile depository on board - the M.U.L.E. is also present in Escort Duty, serving its usual purpose of storing any collected minerals gathered by the Dwarves.

Once the Dwarves and the M.U.L.E. have exited the Drop Pod, the Drilldozer will be delivered to the dig site separately via a Heavy Cargo Drop a few moments later - Mission Control will announce its arrival. It must be activated before it will start moving.

The Drilldozer's purpose is to lead a path to, and eventually extract, an Ommoran Heartstone. The Dozer is not outfitted with any kind of defensive utility, leaving it up to the Dwarves to keep it safe using their weapons. Since creating a path to the Heartstone manually is wholly unfeasible, protecting the Dozer is a necessity.

The Dozer's mining speed is influenced by the amount of creatures surrounding it, and it will slow until stationary if it is swarmed. For this reason (on top of Doretta's natural vulnerability) it is imperative for the team to remain by Doretta's side at all times, maintaining a watchful vigil over it while it creates the path to the Heartstone. Once the Drilldozer has finished mining the Ommoran Heartstone, it will back up and its head will violently explode off the chassis.

Doretta has a total of 520 health split into three sections: the left engine, the right engine, and the core. Each engine has ~111.43 health, while the core has ~297.14 health. No matter where it is hit, the left engine will always take damage first, followed by the right one, and eventually the core. If Doretta is destroyed at any point before the Heartstone is extracted, the mission will end in failure.

Once a section's health is fully depleted, it is irreparably destroyed and any excess damage is negated. A damaged section can be repaired by pressing the [USE] key over the damaged side. Repair rate is 10–15% HP per second, reduced if under attack. Simultaneous repairs will not progress any faster. Upon fully repairing Doretta's active section (When the health indicator shows white, not red.[1]), Doretta briefly becomes invulnerable to all damage (~2 seconds).

At least once per mission, the Dozer will run out of fuel. Two red fuel tanks will pop out of the back of the machine when this happens, and the Dwarves must use them to extract fuel from nearby Oil Shale clusters.

Oil Shale spawns on walls in large cuboid chunks. It has an abnormally high resistance to mining and explosives, and is the only mineral type in the entire game to require four strikes of the Pickaxe to be turned into a loose resource chunk. Unlike other materials it is not required to be broken with the Pickaxe nor can it be added to a Dwarf's inventory or deposited to the M.U.L.E.—rather the Dwarves can simply use the fuel tanks' laser siphon [FIRE WEAPON] to refuel Doretta. Once a tank is fully loaded, it can be re-inserted back into the Dozer. Once both tanks are fueled, the Dwarves can restart the Dozer and it will continue on its path.

The Dozer's fuel consumption rate is not influenced by its movement speed or mining - it is set to run out after digging a couple of tunnels, whereupon it will usually stop in the center of a large room. Some missions will require two fuel stops on the journey to the Heartstone. While these stops are necessary to fill up the Dozer, they are also good opportunities for the Dwarves to gather valuable resources such as Gold and Nitra.

The Drilldozer will conclude its journey at the site of the Ommoran Heartstone. When activated, the Dozer will start using its drill to bash the outer shell repeatedly, breaking through multiple layers of the shell until the Heartstone itself is exposed. The Heartstone site will react violently to being disturbed, and will take multiple measures to try and destroy the Dozer (and by extension, the Dwarves).

Once the Heartstone is extracted, the Drilldozer is retired at this point and must be left behind. 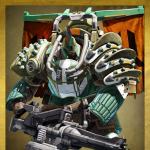