Deep Rock Galactic Wiki
Register
Don't have an account?
Sign In
Advertisement
in: Potentially Out of Date, Mechanics
English

Light Armor reduces incoming damage by 20%. Each shot has a chance to break it.
Glyphid Grunt, Glyphid Grunt Slasher, Glyphid Grunt Guard (on their back and legs), Web Spitter, Acid Spitter possess such armor.

Heavy Armor completely negates incoming damage. Depending on the creature, it either has a set health per plates, scaling with hazard level or each shot has a chance to break it.
Glyphid Grunt Guard (front legs), Glyphid Praetorian, Glyphid Warden, Glyphid Dreadnought Twins, Q'ronar Shellback and Mactera Brundle possess such armor.

Unbreakable Armor completely negates incoming damage like Heavy Armor, but it is also impossible to break and No effect of Armor Break Rounds (Hardened Rounds, Tungsten Coated Buckshot).
Direct attacks are useless against it and Area damage is only effective if the area reaches vulnerable parts of the body.
Glyphid Oppressor, Glyphid Dreadnought and Dreadnought Hiveguard posses such armor.
The core of the Korlok Tyrant-Weed is also protected by a shell of Unbreakable armor but unlike the others this armor even protects the core against all kinds of Area damage and weapons that usually ignore armor such as the CRSPR Flamethrower or the Breach Cutter.

If the armor break value of a weapon isn’t displayed it is usually 100% or x1.
Any shot that hit a creature armor will damage it (for health base Heavy Armor) or have a fix chance to break it (for Light/Medium Armor or chance based Heavy Armor).
Armor Breaking modifications allows you to break an armor piece more easily by increasing your damage against armor, but your damage against creature health will remain the same. Armor Break has no effect against the Glyphid Dreadnought Shell (since it’s considered health).

Only some creatures with Heavy Armor have this type of armor, namely the Glyphid Grunt Guard (Front legs only), Glyphid Praetorian and Q'ronar Shellback.
For these creatures, each armor plate has its own hidden health pool that scales with Hazard Level, using the normal difficulty scaling (same as Glyphid Grunt).
To break a plate, you need to deal as much Armor Damage as the plate's health. This amount of damage can be done is several shots, armor plates do not recover health over time. 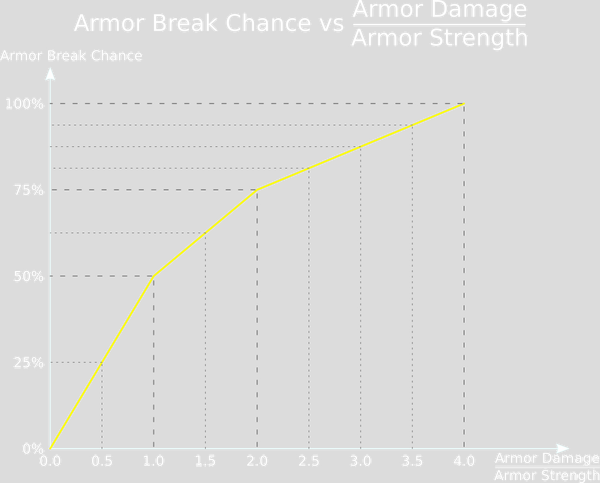 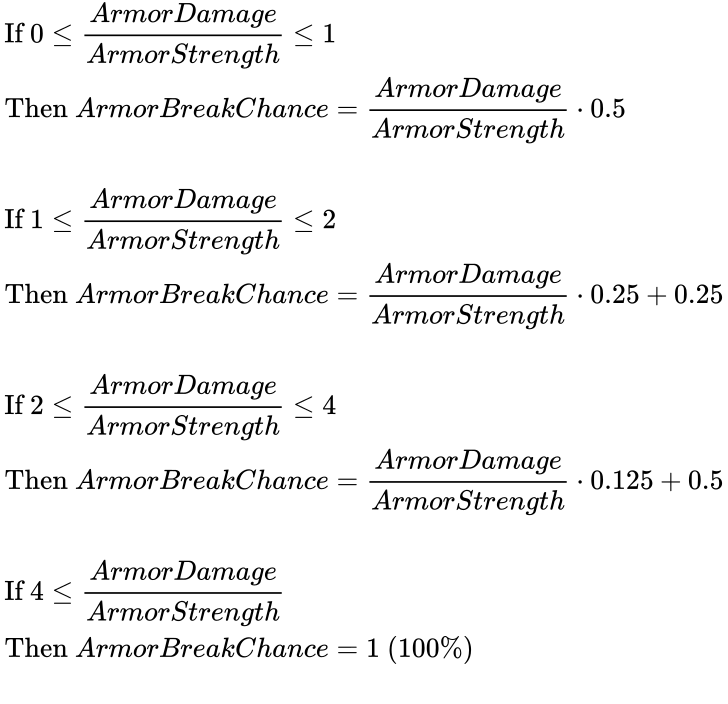