A Swarm is broken up into three phases. In the first phase Mission Control will issue a warning to the Dwarves that a Swarm is currently imminent. This phase lasts approximately fifteen seconds to give players a chance to prepare by forming a position and establishing defences.

The second phase is the Swarm proper; enemies will burrow out of the ground and proceed to attack the dwarves. In a Swarm enemies will spawn in significantly increased numbers and often in tighter groups. The majority of a Swarm will be comprised of varying species of Glyphids and Macteras (and their regional variants where applicable) but Swarms can also bring out uncommon region-specific foes such as Q'Ronar Shellbacks and Nayaka Trawlers. A Swarm's second phase will persist indefinitely until the vast majority of enemies have been killed, or enough time passes naturally.

The third phase is the ending of the Swarm, which will be announced by Mission Control. When this happens no further enemies will spawn except for those who were already present before the announcement of the end of the Swarm. Once these last few stragglers are dealt with, enemy spawn rates are reduced back to normal. Often times no further enemies will spawn for a brief moment, giving players a chance to recuperate.

Some Swarms can have unique properties, spawning only certain kinds of enemies. These special Swarms will be identified by Mission Control.

Asides from happening at random during a mission, some Swarms can be triggered through unique events or player action.

Tips to Survive a Swarm 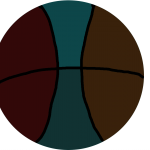